Harvest Community School only had two graduating seniors at commencement ceremonies held May 21 at the Summerton Cultural Arts Center.

But the festivities weren’t any less than if there had been 100.

“We are so excited to have these young women graduating this evening,” said Headmaster Angie Bruner, who opened the school with a board and volunteers in August 2013 and later expanded to three classes by the end of the first academic year.

The school added its junior high classes in the 2014-15 school year, and started the supervising accreditation process with eight staff and 42 students.

“Many hours of hard work by staff and volunteers have made this possible, and in mid-May, we received accreditation,” Bruner said. “It is not difficult for me to see God’s hand in everything He has achieved in these three years, and tonight’s graduation is no exception.”

Salutatorian Delores Jeannette McMillan said she was honored to be in Harvest’s Christian environment for three years.

“You’re all like family to me,” she said. “As a graduate, this is a new chapter; a new journey will start in August. I pray that God will see us through in our future and keep us on a straight path.”

McMillan thanked family and friends for supporting her the entire way.

“Even when it was hard, friends and family led me every step of the way,” she said. “I thank my mother, especially, for the countless hours studying with me. You were there with me during the most difficult times in my life. You’re my best friend.”

South Carolina Association of Christian Schools Director Edward Earwood urged both graduates to continue to follow God in all things.

“The prophet Elisha in the Bible asks God to open his servant’s eyes so he can see; I take it the servant wasn’t blind,” Earwood said. “He had eye sight. He could look out the window and notify the prophet as to what was there. The prophet was asking God to give the servant vision, to help him to see what you can’t see with your eyes.”

Earwood urged those gathered that “a life lived well cannot be lived by what you see with sight.”

“Rather, it requires vision,” he said. “Vision is greater than sight. Sight is innate. Vision is learned. Without vision, the people perish. Sight will hinder your vision: Sometimes what you see with your eyes causes you not to see what you could see with vision.”

Valedictorian Abbie Bruner said her three years at Harvest “were a great adventure.”

“Those who founded this school did so on faith and commitment to abide by God’s will,” she said. “I had a front seat to watch the work that went into this school. I have seen firsthand how God has used this school, how He has revealed Himself.”

Bruner said Harvest was not a traditional school, but that she is “absolutely confident in the education I’ve received here.”

“I learned more at Harvest in the last three years than I did anywhere else before that,” she said. “It’s these things I will take when attending Charleston Southern in the fall, and that (McMillan) will take with her to Central Carolina Technical College.”

Bruner said with such a small class, that it will be different being without McMillan next year.

“It may seem scary to go our separate ways, but I know that God will guide us,” she said. 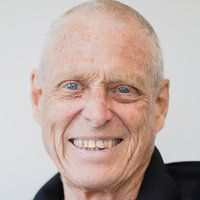